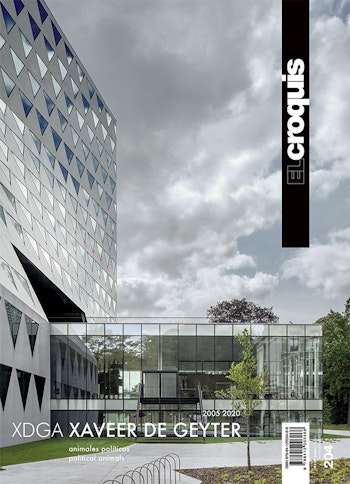 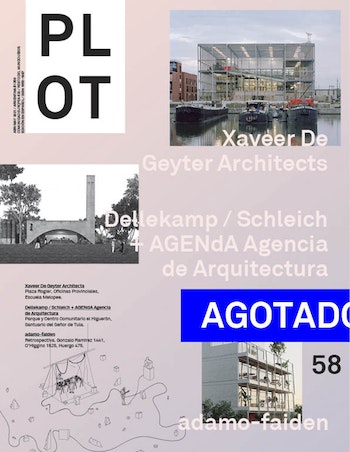 Similar to the Nørreport project and the Schuman Square, this project is about 7 transport in 7 space. Rogier Square used to be a square in front of the North railway station, until it was relocated futher up north due to infrastructural reasons. The area nonetheless remained an important hub: a major subway station was built under the square, while above the ground it became an intersection for bus lines. This new condition characterized by vertical fluxes, however, failed to be translated into a qualitative space. Ultimately four major interventions were proposed.

A patio that is carved out of the subterranean infrastructure is the central element of the project. It brings daylight to the subway levels and to an underground event hall. It is nonetheless a connector as well. Access to the underground and to an existing parking garage is concentrated inside and around the patio. A 3d composition of stairs, escalators, elevators and a pedestrian bridge becomes the heart of the project.

The underground levels are reorganised. They are reoriented towards the patio, new shops are introduced and an underground link with a shopping mall on the other side of the street is redesigned.

A pedestrian strip is introduced along the north façade of the boulevard. The impact of cars is drastically reduced. Only taxis and buses are allowed on the square. While the square itself remains rather empty, the strip is accommodated with terraces, street furniture and small groups of trees. The strip is laid with white concrete panels incrusted with pebbles, the square with dark basalt stone.

In between the square and the boulevard a large circular canopy is installed that covers both the patio and the bus stop. It has a central pedestal that is used as a coffee shop. The canopy is a steel structure resting on 4 pre-existing columns that also support the underground trains. The pedestal, a volume with a rectangular ground plan based on the existing column grid, and a hexagonal ceiling integrated in the triangular structure of the roof, is shifted in plan in order to position the canopy at the center of the square. The roof is covered with a single ETFE sheet, while the opaque triangles are made of a white PVC foil. 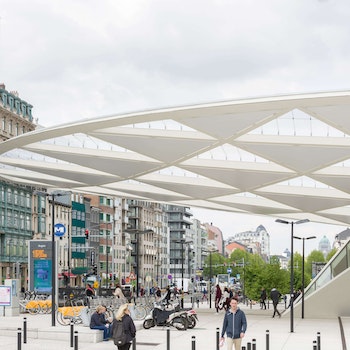 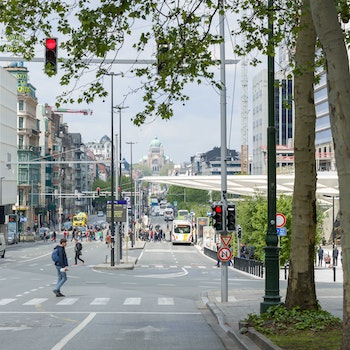 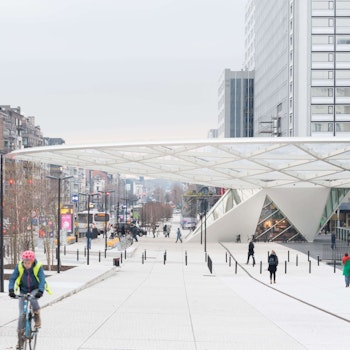 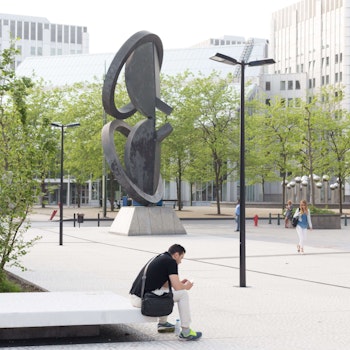 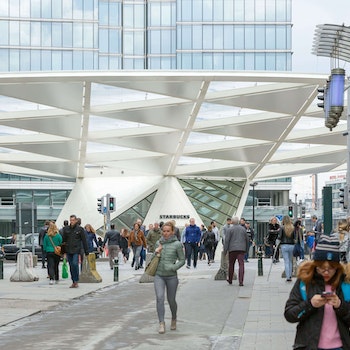 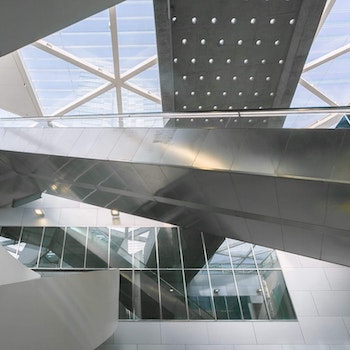 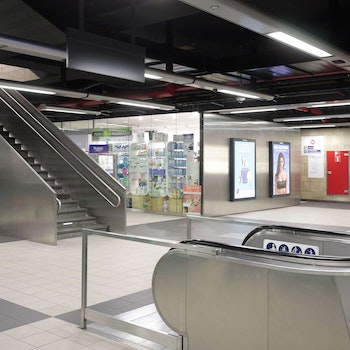 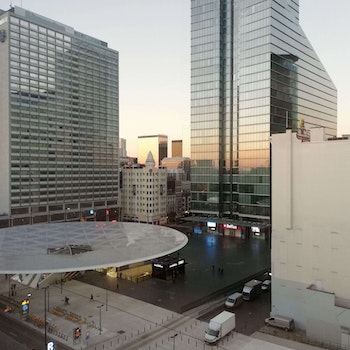 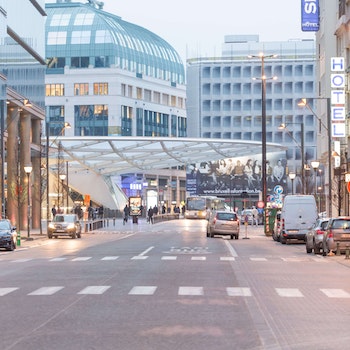 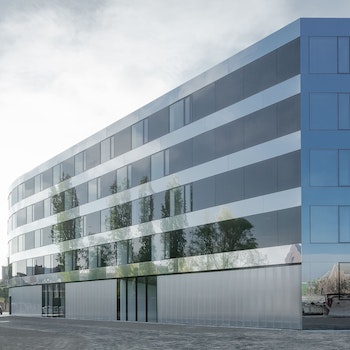 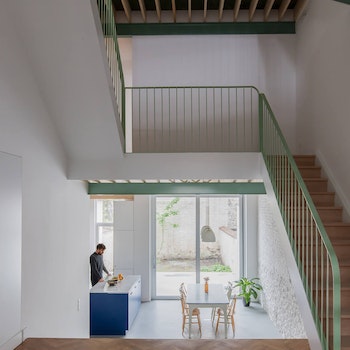 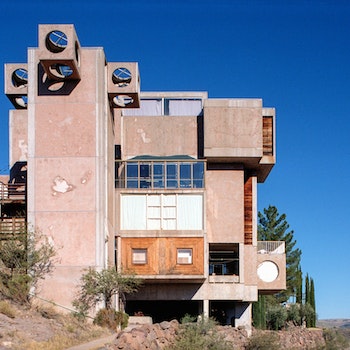