The Jewish Museum Berlin, which opened to the public in 2001, exhibits the social, political and cultural history of the Jews in Germany from the fourth century to the present, explicitly presenting and integrating, for the first time in postwar Germany, the repercussions of the Holocaust. The new building is housed next to the site of the original Prussian Court of Justice building which was completed in 1735 now serves as the entrance to the new building.

Daniel Libeskind’s design, which was created a year before the Berlin Wall came down, was based on three insights: it is impossible to understand the history of Berlin without understanding the enormous contributions made by its Jewish citizens; the meaning of the Holocaust must be integrated into the consciousness and memory of the city of Berlin; and, finally, for its future, the City of Berlin and the country of Germany must acknowledge the erasure of Jewish life in its history.

The visitor enters the Baroque Kollegienhaus and then descends by stairway through the dramatic Entry Void, into the underground. The existing building is tied to the new extension, through the underground, thus preserving the contradictory autonomy of both the old and new structures on the surface. The descent leads to three underground axial routes, each of which tells a different story. The first leads to a dead end – the Holocaust Tower. The second leads out of the building and into the Garden of Exile and Emigration, remembering those who were forced to leave Berlin The third and longest, traces a path leading to the Stair of Continuity, then up to the exhibition spaces of the museum, emphasizing the continuum of history.

A Void cuts through the zigzagging plan of the new building and creates a space that embodies absence. It is a straight line whose impenetrability becomes the central focus around which exhibitions are organized. In order to move from one side of the museum to the other, visitors must cross one of the 60 bridges that open onto this void. 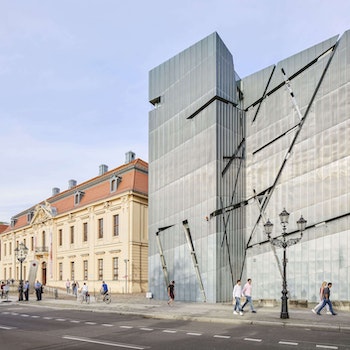 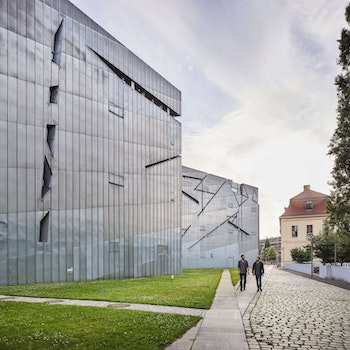 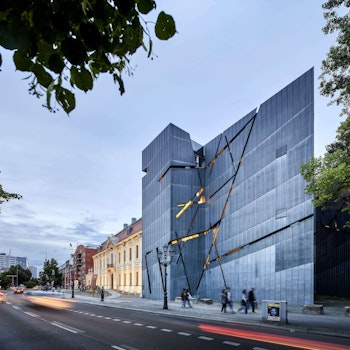 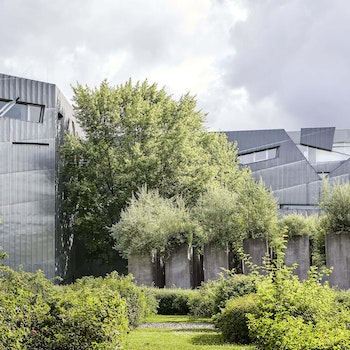 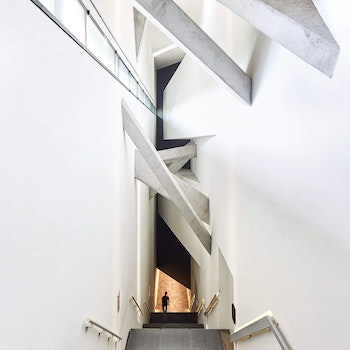 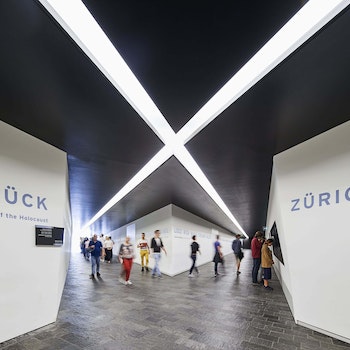 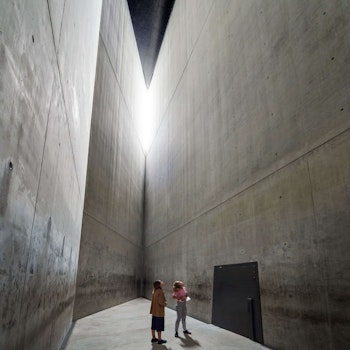 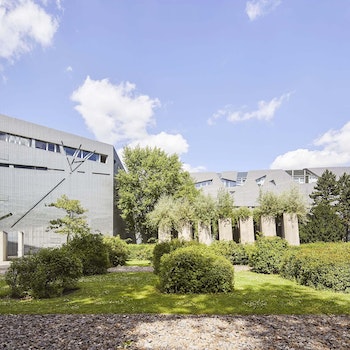 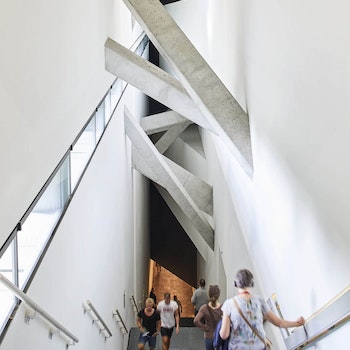 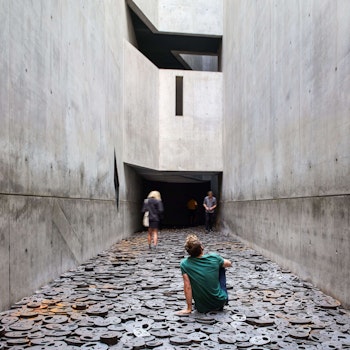 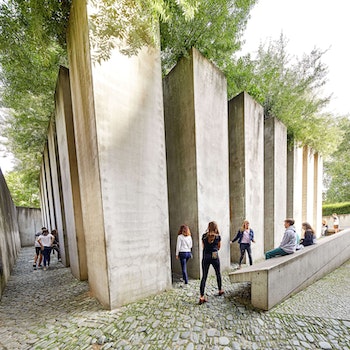 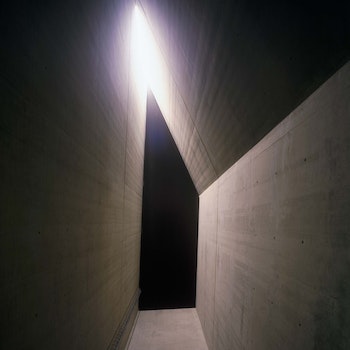 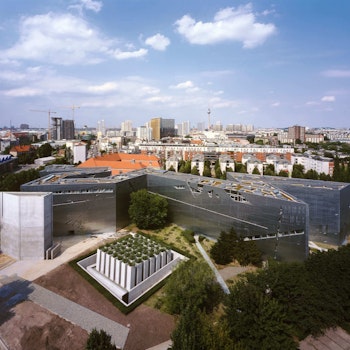 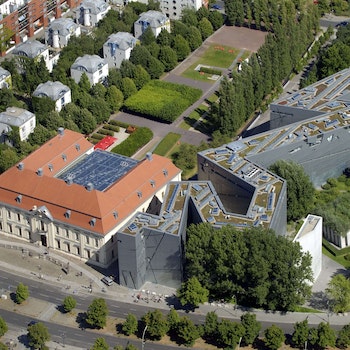 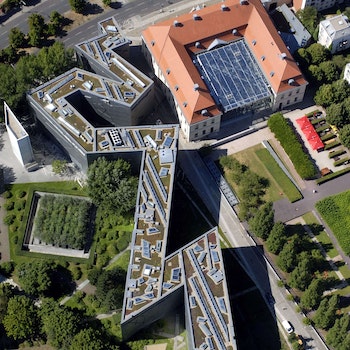 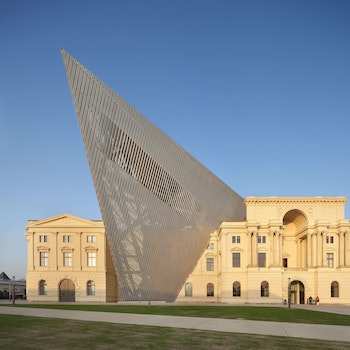 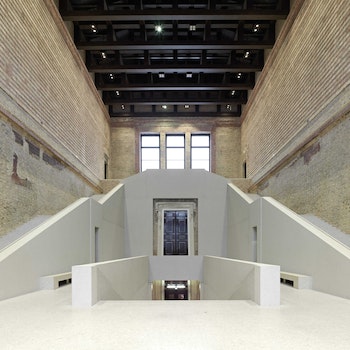 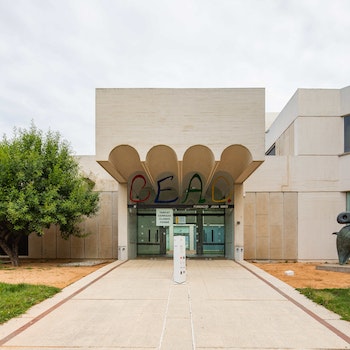