The new Urban Campus for the Bocconi University is located on a large site close to the city center of Milan, adjacent to the existing university.

The project comprises several buildings, each with its own program: the teaching and administration building (a number of interconnected cells), dormitories and a recreation center. These buildings sit in a new park that is open to both the university population and the general public.

The volumes that compose the teaching and administration building touch one another lightly, allowing for a flow of students and professors from one cell to the next. Every floor has balconies along its perimeter, screened by an undulating metal mesh that creates a porous relationship with the city. Each volume has an interior courtyard, typical in Milanese architecture and each is designed to have its own distinct character while being part of a larger system. These are lined with porticos at ground level offering peaceful environments for socializing, studying and gathering in the open air. Once inside, the architecture is permeable throughout and characterized by a sequence of columns, transparent rooms and trees.

The park presents courtyards of its own, formed by a series of porticos that shelter the garden pathways from sunshine and rain. 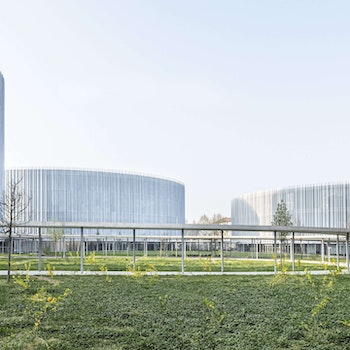 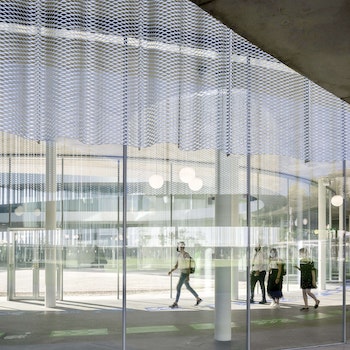 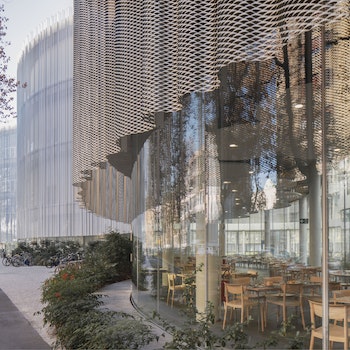 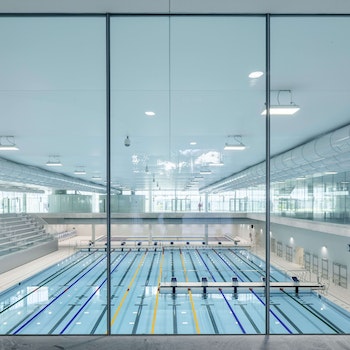 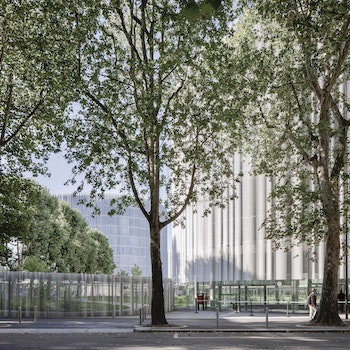 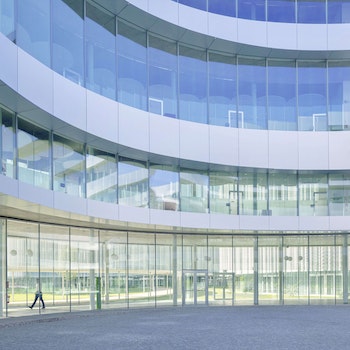 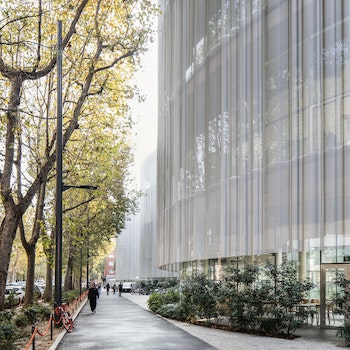 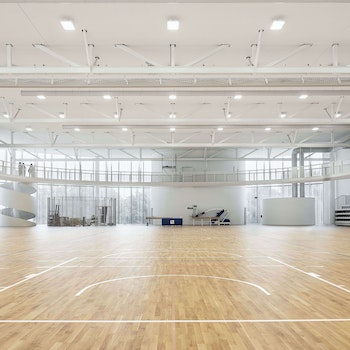 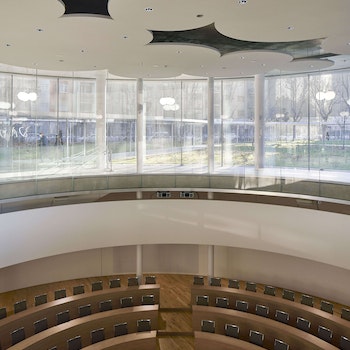 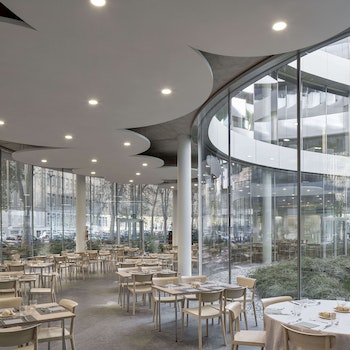 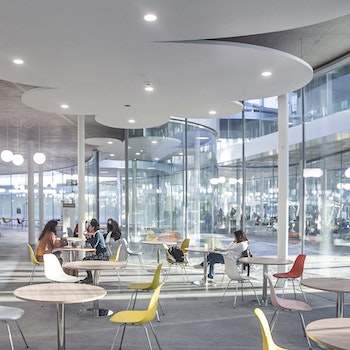 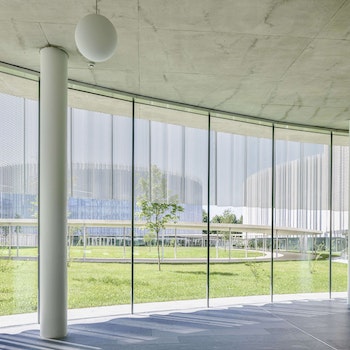 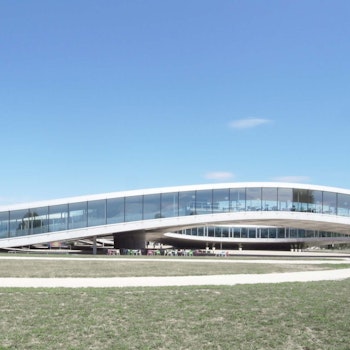 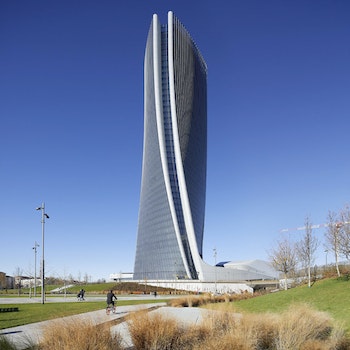 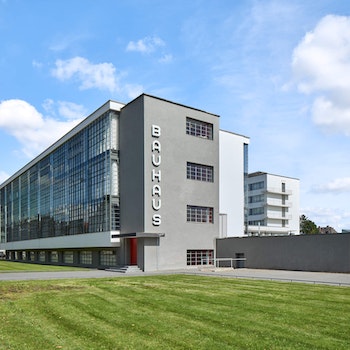